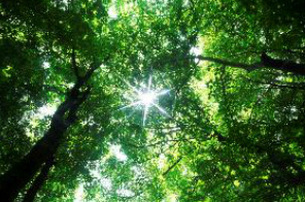 Please attend this meeting to discuss how the Tritt property can become a Park!

Please attend to be involved in the future of the Tritt property next to East Cobb Park!

FYI, we are still fighting the Isakson Living proposal.  They have withdrawn their rezoning application, but they are not going away, see this article.
At this meeting, we want to discuss options to obtain the Tritt property, and then transfer it to Cobb County for a new park, similar to how East Cobb Park was formed.  We also want to see if there is broad-based community support for this idea.  We (meaning the core members of Concerned Citizens East Cobb) cannot do this alone!  We need your help, and we are hoping to get a big turnout.

Here is some background on this issue, as well as a few ideas:

From the time we first heard of the Z-43 Isakson Living rezoning request, we have always maintained that the best use of the Tritt land is as green space.  Indeed, many people believed that the land was somehow promised as green space to the county; I was one of those.  We still believe the land should be preserved for future generations to enjoy.  That is why we want to form Friends for Tritt Park with the intention of raising funds to purchase the Tritt land.

The comments that people left when they signed the online petition against this rezoning are revealing.  Most people complained about traffic, but the second biggest concern was about green space in Cobb County.  Anything that happens to that property will result in more traffic.  However, a park results in a good kind of traffic.  No one lives at a park, so there is no rush hour traffic.  There may be some traffic on the weekends as people come to enjoy the park.  And, something will happen to that land, probably sooner than later.  It will either become a park, or it will be developed into something.

So, the question to ask is: Are you pro-park, or are you just anti-development?

The Tritt property is 53.7 acres of beautiful land in a prime location, which makes it a magnet to developers.  There will always be a developer looking to build their big project on that land.  The only way to stop the developers is buy the land ourselves.  This will require the help of the community.

We ask that no one try to contact Mrs. Tritt.  She is likely still under contract with Isakson Living (we have no idea when that contract may end, or the terms), and she is probably bound by a confidentiality agreement, and cannot talk about her land anyhow.

Mrs. Tritt and her late husband Norris have kept the property in a natural state for 65 years, so we should all be grateful to her.  That is why we want to create a new park called the "Norris and Wylene Tritt Park" (Tritt Park for short) to honor the Tritts and their good stewardship over the years.

Mrs. Tritt is also a very smart lady.  She is a former real estate agent, so she has a good idea what her land is worth.  Despite what some people may believe, Mrs. Tritt was never going to outright donate her land to the county, nor should she have to.  She should be paid a fair market value for her land.  She has children and grandchildren, and she wants to leave them a good inheritance, just like any of us would.  We cannot fault her for that.

At the meeting, we can discuss forming a 501(c)3 organization, similar to Friends for the East Cobb Park, or Friends of Mabry Park.  A 501(c)3 is a non-profit tax exempt organization that can accept tax deductible donations.  We will set this up so it is totally transparent.

So, why doesn't the government pay for this?  Another big misconception is that Cobb County had a pile of cash to pay Mrs. Tritt when she was ready to sell.  That is not the case.  Cobb County is not able to purchase park land at this time.  We hope to get some government funds in the future or land grants (more below), but the idea that county, state or federal government will ride in and save the day is fantasy, unfortunately.

Here is the real deal, as we know it:  the County and Mrs. Tritt tried to negotiate a price for the land with the 2006 Park Bond.  That failed; we do not know all the reasons, and it is all "water under the bridge" anyhow.  Then the 2008 Park Bond fell though before any money was spent.  The economy went downhill, property tax revenue for the county declined, and no one wanted to talk about parks in tight times.  So, it has been many years since anyone from the county or the local community seriously talked to Mrs. Tritt about her land.  While many of us naively assumed the land was destined to become park land, Mrs. Tritt may have believed the county and the community had given up on her land.  It took a big scare (which isn't over yet) to wake us up, and see what we might lose.

We want to start the Friends for Tritt Park and raise funds to demonstrate to Mrs. Tritt our commitment to purchasing her land.  I am willing to donate, and I hope others in the community will as well.  There are websites that are like Kickstarter, but for causes, where we can raise money.  We are still investigating these sites.

To be honest, we do not know what our chances of success are, but if we don't try, our chances are zero.  As stated above, the land is likely still under contract, and Mrs. Tritt still likely bound by a confidentiality agreement.  We don't know the terms of any agreement, or when it might end.  While the land is under contract, no organization will help us, and that includes government, land trusts, or Friends for the East Cobb Park.  I don't think we should let that stop us from getting started.

We may fail to purchase the Tritt land, and in that case, any money raised will be split evenly between two other worthy park charities in East Cobb, the Friends for the East Cobb Park, and the Friends of Mabry Park.


Once the Tritt land is no longer under contract, we can look to other organizations for help, and perhaps get matching dollars from government, businesses and land trusts.  We are open to all ideas, and anyone who has experience with fund raising, please volunteer!

We can also press for a new park bond referendum in 2014.  (It is too late to get anything on the Nov 2013 ballot, and there are no county-wide elections in 2013 anyhow.  I have been told it would cost the county around $400,000 to hold a special election, and they would not go for that.)

The Friends for the East Cobb Park did an admirable and amazing job raising $900,000 to purchase East Cobb Park in 2001.  Be aware that the Tritt land will cost many times that amount, so we will need to be creative.

If we want the Tritt land, we will need to work for it, and pay for at least part of it ourselves.  I think we have nothing to lose, and much to gain, so let's go for it!

Here are some arguments you may hear against the idea of Tritt Park, and our answers:

1) Why should we spend money on a park, when police and firefighters are not adequately funded, and teachers must take furlough days?

Answer:  The economy is improving, and things will get better for the public employees.  In the meantime, the developers are trying to get ahead of better times, by buying every last piece of land in East Cobb and developing it.  If we wait for better times to purchase park land, it will be too late.

Answer:  If you are talking about sports fields, East Cobb has plenty, but we do not have many passive use parks, those with playgrounds and pavilions.  If you are talking about green space, there is not much, and most of that is the Chattahoochee National Park, which is not very centrally located.  That is why we would like to see most of the Tritt land remain undisturbed, with mostly just walking trails.  We would then have an amazing park complex -  Fullers Park for sports, East Cobb Park for playgrounds, and Tritt Park for green space.

3) How can you justify a new park adjacent to two existing parks?

Answer:  This a great benefit, not a minus!  The land just happens to be next to two existing parks (indeed, East Cobb Park was once part of the Tritt land).  As stated above, having three parks with different purposes in one complex will improve the quality of life, and make East Cobb a more attractive place to live.

4) Wouldn't a development increase the county tax base?

Answer:  Probably, but a new park could raise everyone's property value for a few miles around, and it would probably even out.  Also, a new development of any sort will likely bring increased rush hour traffic, and more strain on our public schools.